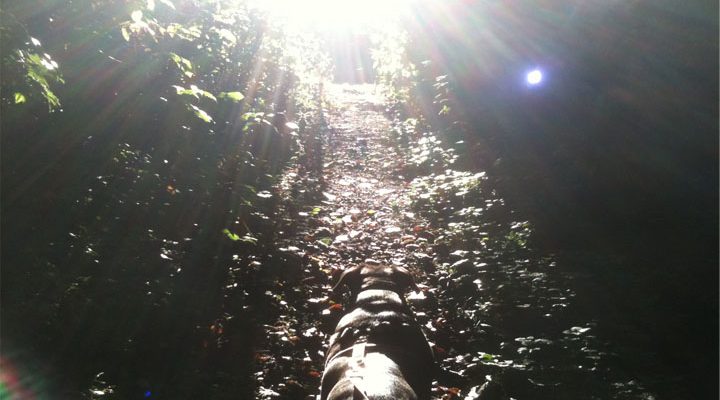 Benjamin is gone and I’ll never see his cute face and large brown eyes again. I miss him already.

My little guy suffered from Cushing’s disease for some time and dealt with the resulting weight loss, constant urination, profound thirst and muscle atrophy leading to weakness in his rear limbs with the dignity only a dog can display. But even with his reduced quality of life, Benjamin soldiered on, enjoying his daily walks just as he did when he was younger and healthier, although not nearly as fast and far-ranging.

He’s gone now and I’m left with a profound sadness. When we first met, Benjamin was languishing in the Coquitlam animal shelter for many months before he finally made his way to Port Moody and into my life. His history was unknown and we knew only that he was found in the Coquitlam IKEA parking lot, wandering lost and suffering from an inverted eyelid. He was taken to the very good folks at the Coquitlam Animal Shelter, his eye was fixed and he sat waiting for us to show up. We eventually did show up but not nearly as quickly as he would have preferred.

Benjamin originally stared at me from his listing on the shelter website, his large brown eyes pleading to be taken home, his disproportionate head filling the image frame with his small legs and feet below looking barely capable of holding the weight. I couldn’t resist him and made it my life mission to save him from the shelter and bring him home. He arrived in August of 2007 and never saw the shelter again.

He gave us few clues about his past other than a preference for riding in the rear of the car, even if it meant attempting to jump into the trunk of a Volvo sedan. He would only drink cold water and preferred to lap his fill from the various streams in his neighbourhood, which also served as his personal cooling baths during his summer walks. I inadvertently left the front door open one hot summers day and Benjamin made his unaccompanied way to a favourite shallow stream where, after frantic searching, I found him lying up to his chest and enjoying the cool water. I sat on the bank and waited until he was cool and hydrated before walking him back to the house.

He had never enjoyed a day at the beach and his first visit to the lake in Port Moody was one of confusion and excitement as he tried to figure out exactly what to do and how to do it. When he finally mastered the dog paddle it was hard to get him out of the water, dried off and back to the car as his black lab swimming instincts had finally been awoken.

Benjamin loved to swim after his tennis ball, bring it back to shore and hide it in the trees. He was happiest when swimming after his ball but once he had enough he would drop the ball and head back to the parking lot without a sound. That was my cue to take him home for dinner.

We were advised that Benjamin was approximately 4-5 years old when we first found him but we’ll never know how old he really was or how he came to be wandering in the IKEA parking lot. He was a mysterious dog, not overly demonstrative but who preferred to be left alone but never wanting to be alone, especially at night.

His days were spent on walks, on the patio watching over his neighbourhood (always on the lookout for communists), in the backyard lying in the sunshine or sleeping on one of his numerous strategically placed pillows throughout the house. We tried to make his life as comfortable and happy as possible and I hope we succeeded. His many hugs, kisses and tummy scratches probably number into the tens of thousands but they were well deserved and seemed to be appreciated based on his compliance.

He was a good dog. A quiet, unassuming little fellow that wanted nothing more than a full tummy, sunshine and quiet. We gave him those things and I hope he continues to enjoy the same wherever he is now.

Good luck little buddy. Your Dad misses you a lot.