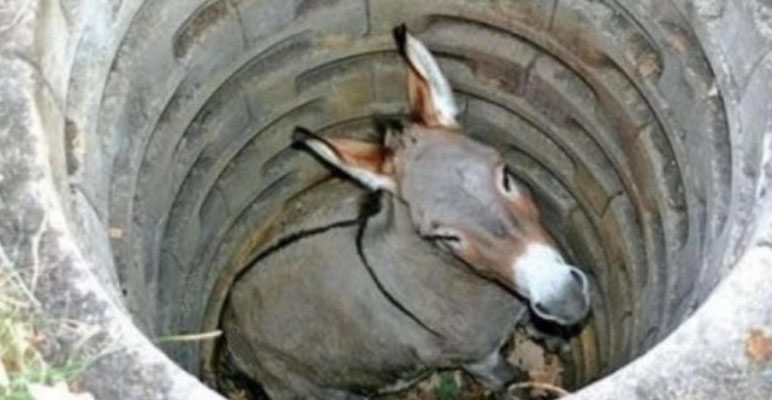 The world is full of assholes but I seem to run across my fair share on a regular basis. The newest recipient of the AprilRoad.com ‘Asshole of the Week’ award is Simon Swanwick, a New Jersey resident who managed to waste almost 5 hours of my time and have the audacity to berate me for it. This guy is truly a treat.

Here’s the story in a nutshell: I offer users of an open-source bulk email software system a variety of services including installation, configuration and tutoring. This idiot contacted me requesting I install the software on his web server, configure it and then walk him through the process of creating and sending messages. I should have been suspicious when he mentioned that a previous consultant had bailed on him and will no longer answer his emails. But no, I’m not nearly that astute and agreed to install the software and show him how to use it.

Installation and configuration takes between 1 and 2 hours depending on the web server. This one took a bit over two hours but after my installation the software was functioning as designed and worked flawlessly. We agreed to meet a few days later using collaboration software (I could view and manipulate his computer remotely) and I spent 2 hours and fifteen minutes showing this dick-weed how it worked. Ten minutes into my tutorial it was glaringly apparent that this clown had the intellect of a budgie and was in way over his pointy head. But I persevered as he had paid a deposit (half of my fee) and was paying me to do the job.

Simon discovered quite quickly (only a few hours) that he didn’t have a hope in hell of utilizing the software I had installed on his web server but, rather than try to educate himself and figure it out (as all users of FREE open-source software tend to do) he blamed ME because the application would not do exactly what he wanted it to do. Keep in mind that I didn’t write the software…I only install and configure it. Needless to say, he didn’t pay the balance of my fee and has threatened to contact PayPal to demand a refund. Fat chance of that happening but it’s annoying as hell that he even would consider this as the software is installed, configured and working as it should. It’s his brain that’s not firing on all cylinders.

I think I’m a pretty reasonable guy and will bend over backward to help those that help themselves, sometimes dedicating my time without asking for compensation to ensure my clients understand the software and that it does the job they need it to do. However I’m not willing to offer support or help those that are unfair, dishonest or outright nasty. This idiot was one of the bad ones. So what will I do? After many, many emails answering his ill-informed questions and repeatedly requesting he pay the balance of my fee I advised him that I would no longer reply and would block him from my Skype account, which I’ve done.

It amazes me that there are people on this planet that expect everything for nothing, that expect those that have taken time to learn a particular skill to offer our services for free and put up with their bullshit and complete disregard for other people’s time and patience. People like Simon are the ones that make life for the rest of us difficult and unhappy from time to time. But I believe in karma and hope that Simon runs into someone that will do to him what he did to me. I also hope that he visits my city and I have the chance to explain to his face why he’s a complete and total asshole. That would be karma.

UPDATE: Simon has been a busy boy! He, or one of his minions, contacted my service provider to have this post removed, threatening a lawsuit and lots of other bad stuff. Simon doesn’t realize that this post isn’t slander, it’s just fact and what we refer to in Canada as ‘the truth’. The post is still up but has slipped in Google search results (due to Internet gremlins employed by Mr. Swanwick perhaps?), so if you’ve had any experience with this clown, please link to this article, share on Facebook and tweet to show Google that he indeed is a dick and should be recognized accordingly.

UPDATE TO THE ABOVE UPDATE: We’re back on top! Type ‘Simon Swanwick’ into Google search and guess what appears at the very top of the results? Yup…this post. Aaahhhh…life is good.

YET ANOTHER UPDATE: Well, we’ve dropped down to fourth place in Google search results but at least those searching for this Simon Swanwick dickhead will still find my post and your copious comments. Let’s hope this post creeps back to it’s rightful position of number one on Google.

ONE MORE UPDATE: This post has been holding it’s own for the past few years by maintaining the number two position in search results on Google when searching Simon Swanwick. Only his LinkedIn page seems to land the top spot but that Swanwick doofus will forever be haunted by AprilRoad.com and hopefully learn that he can’t treat people like poop without repercussions.