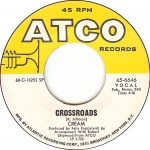 I started collecting vinyl records back in the early 70’s when my dear mum bought me a 45rpm copy of Cream’s Crossroads from a junk store on Fort Street in Victoria. And so began my love of the format that was king until October 1, 1982 when the first commercial compact disc, Billy Joel’s 52nd Street, was released in Japan. After that, it was a downward spiral for the format that had ruled the music market my entire life.

I embraced compact discs like everyone else as their size, durability and ability to play an entire album without flipping the record easily made my vinyl collection obsolete within a short period of time. Everything about the CD was great. Except the sound. 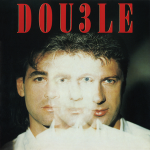 My first CD purchase was Dou3le by the band Double (you might remember their one hit The Captain of Her Heart) but was not impressed by the quality of sound or the inflated price compared to what I had been paying for vinyl records. Record companies decided it was a good opportunity to gouge music fans that wanted to replace their collections with the new format and jacked up prices accordingly. Bastards.

I sold my entire vinyl collection to a record store on Seymour Street (located a few doors down from the now defunct A&B Sound) and turned my attention to finding most of my vinyl records on this fancy new format. I stuck with CD’s until my early adoption of MP3 files in the mid 90’s and even tried Sony’s Minidisc format for some time as MP3 players were not yet on the market. 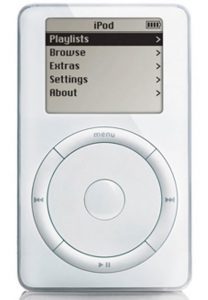 I tried a few different players as they were released and all lacked the functionality and capacity until Apple released their first iPod which, in my eyes, changed everything. MP3 files were my new passion and I decided to rip most of my CD collection to enjoy on my shiny new iPod. I also listened at home by plugging my computer audio output into my home stereo but the audio quality wasn’t the best. Most MP3 files at that time were low bitrate or VBR (variable bitrate) to save storage space and this impacted the audio quality. I ripped most of my CD collection every night over the course of a month using 3 computers but created the files with VBR which haunted me for years.

Digital music files eventually ruled the planet as only a small group of hippie, balding, aged vinyl enthusiasts continued to listen to the warm sound that most digital music listeners were missing, myself included.

Streaming audio has impacted the digital file market but there are still those that prefer to own and control their music rather than having it fed via playlists.

Which leads back to vinyl.

I’m not sure specifically what motivated me to return to vinyl but it took me almost 2 years to find a turntable after trying unsuccessfully to locate a good used Technics SL-1200 (good ones don’t exist). I finally purchased a new Technics SL-1200 MK7 and fitted it with an Ortofon 2M Blue cartridge. I was ready to start buying vinyl records but not ready for the sticker shock. 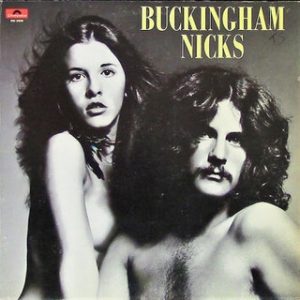 Vinyl records are extremely expensive. What once was priced at a reasonable $3.99 for a regular release to $5.99+ for imports are now priced into the stratosphere with prices an average of $30 to $40 for regular pressings. Heavyweight 180gram virgin vinyl can be in the $50 to $100 range for a single album. Those prices are for new albums or reissues however quality original pressings in NM (near mint) or M (mint and sealed in original shrinkwrap) condition demand top dollar, especially for big sellers like Pink Floyd’s masterpiece Dark Side of the Moon or most of the Led Zeppelin catalogue. Rare, obscure or limited original album prices have no real ceiling with copies of Lindsey Buckingham and Stevie Nicks’ only solo album (before their discovery by Mick Fleetwood) Buckingham Nicks selling for anywhere from $30 for a scratched and worn copy to nosebleed pricing of $300+ for a sealed original copy.

So where is a good place to buy vinyl records? My answer is pretty much anywhere including friends and garage sales but I’ve found that vinyl on Facebook Marketplace is usually picked over, damaged and scratched as is the case with Craigslist and other online shopping sites. eBay has a variety of rare and collectible records but are usually overpriced and also gouge on shipping and ‘handling’ fees. Local vinyl record stores are a good source but their quality and selection vary. 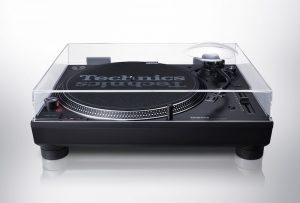 Stores like Crazy Bob’s Music Emporium in Langley was once an excellent source but is now a messy, disorganized selection of lower quality vinyl and probably isn’t worth your time. The best bricks and mortar store I’ve found so far is Redrum Records with stores in White Rock, New Westminster and Cloverdale. They offer an ever changing selection of quality product with reasonable pricing on new and used records. You can also order albums online and have them shipped to the closest store for pickup but I prefer not to buy unseen as they don’t offer any clues to the condition of covers and vinyl. They’re a friendly lot so refusing or returning any damaged items isn’t a problem.

Online, Discogs is the global king of marketplaces for new and used vinyl. You can find and buy pretty much ANY album you’re looking for but keep in mind that shipping prices are anywhere from $10 to $30 for one or two albums and increases with package weight, size and origin. Most vendors on the site are trustworthy and grade their items accurately but I’ve had a few disappointments after receiving poorly packed items or scratched and damaged records being sold as NM or better. Caveat emptor even in the friendly world of vinyl collecting.

Discogs also offers user accounts you can use to index your collection and use the website or smartphone apps to refer to your collection which is especially handy when shopping for new vinyl. You can view my growing collection on Discogs and take a look at the albums I’m looking for. If you have anything for sale I might be interested, feel free to drop me a note and perhaps we can do some business.

So go and get yourself a turntable and some vinyl before prices are too high and all the good stuff is gone. You’ll be pleasantly suprised how good it sounds and how interesting and informative album covers and artwork are. Vinyl is making a resurgence for a reason and it’s time you rediscovered music the way it used to be.