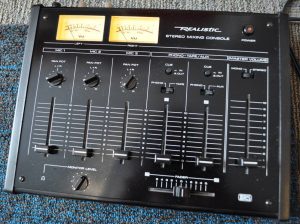 Way back in 1983, my brother and I discovered the Realistic 32-1200B Stereo Mixing Console, a relatively cheap little mixer available only at our local Radio Shack store. It was a revelation as it allowed us to produce quality mixed tapes for ourselves, each other and friends using two turntables and copious amounts of time. These were the days before digital audio, streaming services and Amazon Alexa. Mixing music was time consuming and required a certain amount of skill and those that were blessed with our quality mixed tapes were appreciative and usually requested more. 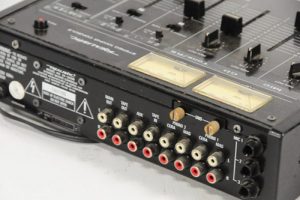 We spent hours hunched over stereo systems, cranking out C90 cassettes and even mixed music on BETA and VHS tapes which required marathon mixing sessions for the duration of the tapes, sometimes up to 4 hours. Those were the days.

I still have many of my original mixed tapes and a few my brother produced for me back in the 80’s. Every time I hear Unguarded Moment and Under The Milky Way by The Church, I think of a tape my brother made during a visit to Vancouver (I was still in Victoria at that time). It became a way for us to share our most recent musical discoveries and we would critique each mix on each tape for balance and smooth transitions. It was an art. 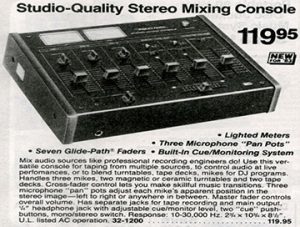 I would listen to mixed tapes while riding around the streets of Victoria on my 10-speed Nishiki for hours, so much so that the music mixes from song to song were eventually hard-coded in my brain. If I heard a song on the radio or elsewhere that was on a mixed tape I would expect the next song to be the same as the tape mix. In fact, I still remember a lot of the old song mixes to this day and still expect to hear my next mixed tape selection when the song begins to fade out. 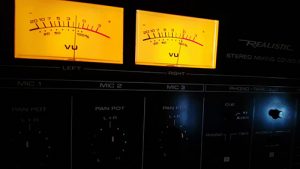 I made many mixed tapes for family and friends using that little mixer. My friend had his own janitorial business and would listen to my tapes while he worked. Various girlfriends would request music tapes after listening at my home or in my car. They liked the way the music never stopped, blending from one song to the next until it was time to flip the tape. I remember making a tape for a young lady I had been seeing and was had just finished her tape with Show Some Emotion by Joan Armatrading when the phone rang. It was my friend asking if I could include Show Some Emotion on her tape if it wasn’t too late. Weird.

Music was important in those days, a coveted commodity amongst those who really loved it. Mixed tapes were a way to share the music we loved and bring a bit of joy to our friends, family and fellow party attendees. Today, music seems to have lost some of that magic and is available in an instant by simply asking our smartphones or smart speakers to play whatever we wish. There are no more LP album covers to peruse for lyrics and recording information, no more trips to A&B Sound to dig through the bins for aural gold, and no more mixed tapes. I still have a tape deck and still have a number of old mixed tapes so all is not lost and they help me return to the days in Victoria when I would ride around on my 10-speed and listen to music. Those memories are golden and mixed tapes created them for me.