As mentioned in a previous post, vinyl is back but it’s expensive and harder to find than ever before. The battle these days is to find copies of surviving or reissued albums worth your time and money.

I suggest you get yourself copies of the following ten albums which may be available in your local record store or on Discogs, eBay, Craigslist, Facebook Marketplace and one of the many online sources for quality vinyl. Be warned that you may have to hunt for quality copies as most have not been reissued.

My tastes are eclectic and may or may not be your cup of tea but have a listen to cuts from each album using the YouTube player below. If you’re reasonably impressed, do yourself a favour and get a copy of these gems while you can.

IN NO PARTICULAR ORDER: 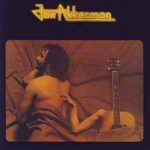 Jan Akkerman – Jan Akkerman | Guitarist Jan Akkerman is an original member of the Dutch progressive rock band Focus formed in 1989 and who had a hit with their their frantic Hocus Pocus in 1971.

Akkerman’s solo work is different than the music he helped create with Focus and every cut on this jazz/fusion album holds up extremely well since it’s release in 1977. Standouts include Crackers (listen below), Pavane and Streetwalker. I have two copies of this album as the first was purchased sight unseen and was not in the best shape but I found a very good (almost mint!) copy at Redrum Records. 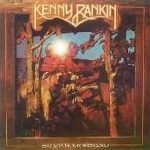 Kenny Rankin – Silver Morning | I was quite sad to hear of Kenny Rankin’s death from lung cancer in 2009 (only three weeks after he was diagnosed with the illness) as his Silver Morning is one of my favourite jazz/pop vocal albums of all time. He wrote the hit Peaceful for Helen Reddy (although I prefer his own version that appeared on Like A Seed in 1972) and was a favourite of Paul McCartney, Johnny Carson, George Carlin and others.

Rankin had a successful career, producing a large body of work up to his death although he never reached the ‘big time’ with a bona fide top 10 hit. Silver Morning is deserving of so much more credit than it received as is his legacy in the world of songwriter/vocalists. 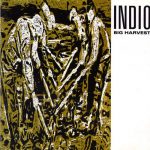 Indio – Big Harvest | Indio is the stage name for Canadian singer-songwriter Gordon Peterson who released one album, Big Harvest, in 1989. It included the top 10 hit Hard Sun which would I suppose would technically make him a one hit wonder however this album contains much more than that one song. I originally purchased the CD all those years ago for that one hit in the hopes it would contain more gems and was more than happy with the rest of the album.

Every song on this record is excellent, the production values are solid and it’s one of those albums I never tire of listening to no matter what my mood. Along with Hard Sun, the standout track on the album is Life Lies Down, an example of Peterson’s songwriting skills and a song that probably should have been a hit on it’s own. 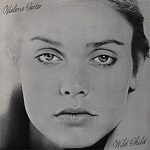 Valerie Carter – Wild Child | Valerie Carter is the voice you’ve heard a thousand times but have never known. She appeared on million selling albums singing backup and put her distinct mark on such songs as Spinning on the debut release by Christopher Cross and harmonies for artists such as Don Henley, Eric Carmen, James Taylor and many others.

Songs like Taking the Long Way Home and Wild Child are good indicators of the quality of this album but every cut is superb. Her prior album Just A Stone’s Throw Away (released in 1977) is just as good and I highly recommend seeking out both for your collection.

Wild Child is just one of her many excellent albums and her legacy deserves so much more recognition that she has received over the years. Her voice was angelic and every song on the album is gold.

Valerie released only a few solo albums during her short life and died of a heart attack on March 4, 2017 after a history of drug abuse and poor health. The world lost a great artist when she passed so do yourself a favour and buy this album. 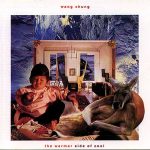 Wang Chung – The Warmer Side of Cool | Wang Chung has always been my guilty pleasure even after their overplayed party anthem Everybody Have Fun Tonight hit the radio airwaves. Say what you will about founders and permanent members Jack Hues and Nick Feldman, they are accomplished song writers and musicians. Hues studied classical music at London’s Goldsmiths College before forming Huang Chung (changing the name to Wang Chung in 1983) with Feldman and drummer Darren Costin in 1979.

I discovered Wang Chung after the release of their second album Points On The Curve which contained the hit Dance Hall Days. The album is a favourite of my 80’s albums but The Warmer Side of Cool is just, well, cooler.

Fewer synths and drum machines, more acoustic and electric guitars and a slightly more cultured sound make this album an aural pleasure. Tall Trees in a Blue Sky is one of my favourite tracks on the album and gives you an idea how much they changed their sound from Points On A Curve. 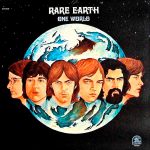 Rare Earth – One World | This album personifies the early 70′ in sound, spirit and subject matter. From the Vietnam war (IF I Die) to the uplifting love-in I Just Want To Celebrate, every song on this album is gold.

Rare Earth were signed to Motown Records but were given their own label as not to shock the primarily black record buying public back in the 1970’s but their sound transcended race and gender. A bit funky, a touch of pop combined with great songs. What’s not to love?

I had the pleasure of seeing drummer and vocalist Peter Rivera perform at a small club in Mexico a few years ago and he still sounds and plays as he did on this album. Rare Earth was one of the biggest bands in their day and deservedly so. This album is brilliant. 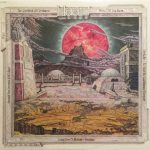 Klaatu – Hope | Even after speculation about Klaatu actually being The Beatles after their release of 3:37 EST in 1976, they survived and managed to produce an even more interesting album than their first. Hope, released in 1977, was conceptual, sci-fi and operatic with songs like Long Live Politzania and The Lonliest of Creatures (listen below).

I remember listening to this album in the wee hours shortly after the album’s release and wondering exactly who had created such a trippy album. There was little information on the album cover so I actually called their record company in Toronto and left a message asking for more information. They never called back.

This ultimate space-rock album should be listened to from start to finish (Note the mouse squeak that starts the album as a nod to 3:47 EST) to get the full benefit of this Klattu aural experience. 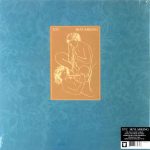 XTC – Skylarking | This album contains, in my humble opinion, the best song ever written on the subject of organized religion. The brilliant Dear God is a no holds barred statement about a struggling agnostic and the absurdity of faith in fairy tales like the bible. Not suprisingly, song composer Andy Partridge received backlash after the release of the song which was not included on original pressings of the album. Thankfully, later pressings included this gem.

XTC rose to prominence in 1979 with the release of Drums and Wires which contained the hit Making Plans For Nigel. The entire album was pop-tinged punk and well received but it was future albums in the band’s career that their songwriting and production skills were honed.

Skylarking was produced by Todd Rundgren who was enlisted by the label who were threatening to drop XTC because they sounded ‘too english’. Band leader, the aforementioned Andy Partridge, did not play well with Rundgren and their headbutting throughout the recording is legendary. Whatever their issues, they managed to produce an incredible album and, in my opinion, the best work they did which speaks volumes as all of their albums are brilliant.

Tracks of note are the transcendent Dear God, the beautiful Ballet For A Rainy Day and the cello-fest 1000 Umbrellas. This album is pure perfection. 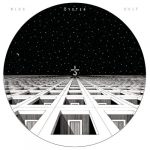 My young, malleable brain was ripe for the Cult’s flavour of high-voltage rock and roll and this album was a perfect introduction to something a bit heavier than Tubular Bells (although I still love that Mike Oldfield album to this day). The songs and lyrics are raw and be warned that they may stimulate toe tapping.

Standout tracks are Before The Kiss, A Redcap, Cities on Flame With Rock and Roll and I’m on the Lamb but I Ain’t No Sheep. 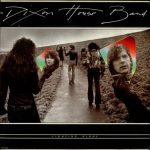 Though largely ignored by the recording buying public and critics alike, the Seattle based band made it’s way into my record collection by way of a younger brother. I’m not sure how he came across it but we both loved the album and it was one of the first records I picked up as part of my rekindled devotion to vinyl.

Songs of note on the album are Sooner or Later, Crusader and Fighting. Although the sound is very much from the late 70’s with kitschy synths and guitar nods to Led Zeppelin, all of the songs on this album hold up well over 40 years later.

Rare Earth If I Die with Lyrics in Description

Klaatu "The Loneliest of Creatuers" "Prelude"

Blue Oyster Cult: Before the Kiss, a Redcap 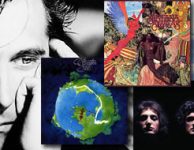