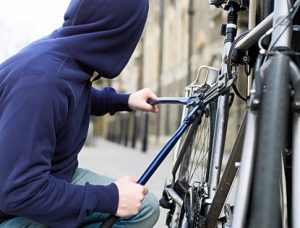 I stopped a thief from stealing a bicycle in downtown Vancouver today. He unhooked the back wheel (the only part tethered to the bike rack with a chain-lock) and casually strolled across Howe street with the bike, minus the back wheel, in one hand and a bag of greasy McDonalds food in the other.

When confronted he quickly concocted a number of stupid excuses and left immediatly when it was suggested the Police may want to speak to him about the bicycle.

Here’s how it affects my life in Port Moody: This character will soon be able to hop the Green Line (without shelling out any money of course. Why should the downtrodden and underprivileged be expected to pay?) and make his way to Port Moody.

Bicycles and unlocked cars abound in my neighbourhood because we haven’t had to deal with the lowlifes that prey on us in the big city. Pickings will be good at first but we’ll eventually learn to lock our doors, bicycles, cars, homes and live in the same state of paranoia we enjoy in Vancouver.

We’ll be inundated with the very people our taxes clothe, feed and medicate. Our lives will change. Why? Because we need a better way to commute. No thanks. I’d rather walk.