A bump in my road I visited my new family doctor in April complaining about dizzy spells and he ordered the usual battery of tests including blood, urine, fecal etc. They came back with little clue but one thing stood out; my PSA levels were high and required further investigation. For those not familiar with this test it measures the level of free and bound PSA (Prostate-Specific Antigen) in the blood and is used to detect Prostate Cancer. After a quick digital examination he sent me to a Urologist for further testing.

My urologist, Dr. John Warner, scheduled me for a cystoscopic bladder inspection, prostate biopsy and bone scan which, to the uninitiated, is scary, mysterious and fascinating all at the same time. During the time this was going on I was also having some pain in my hip which I attributed to a tendon issue due to past bicycling, jogging and weight training. So, what does this have to do with Prostate Cancer you ask? Like everyone else I started reading about the condition on the Internet and discovered that Prostate Cancer is very slow growing but advanced cases extend into bone through the pelvis and that’s where the problems really start. I was convinced this was my fate and was sure my time was up. I was wrong.

The bladder examination came back negative, the bone scan was fine but the biopsy was positive. Uh oh…I had prostate cancer.

So what were my options? Dr. Warner gave me three:

I chose number three. Oh yipee!…I get to go to the hospital, which I did on September 29 waking up at 3pm that day with compression pump bands around my legs (to reduce the possibility of blood clots), oxygen tubes in my nose, a catheter tube and bag, fluid and morphine IV drips in my arm, an adorable little drainage tube and 26 metal staples in my abdomen. Good times.

I’m in the midst of recuperating at home and hope to be rid of the catheter in about 10 days and back to normal in a few weeks. Overall, I was very lucky and if the cancer had not been detected as early as it was I would have been picking out my casket in a year or so. So what did I learn from all of this?

Our healthcare system is broken – There’s a lack of competent and trained nurses and other healthcare professionals. You know something is wrong when your surgeon is the one that fetches you from the pre-op room and wheels you into the operating room.
Have a PSA test – Prostate Cancer affects men starting in their early 40’s but has been detected in those as young as their early 20’s. It is the most common cancer among Canadian men and will afflict 1 in 6. You have to pay for the blood test yourself (figure that one out!) but it may be the best investment you ever make. Don’t piss around…get it done.
I’m not here forever – Life is fleeting and one can only really understand that fact when it might be snatched away. It’s the usual sappy stuff but try to appreciate your days on the planet and don’t be such an asshole.

To those with which I didn’t share any of the above, I apologize but think that most of you have your own worries and problems and didn’t need to share mine. I thought it best to get all the nasty stuff out of the way and let you know when it was all over and I had some good news to report. I hope that’s OK and appreciate your understanding.
As for the dizzy spells, I visited a neurologist and he advised that it will just “go away on its own”. Those dizzy spells saved my ass and may be the best thing that ever happened to me. Life is weird, huh?

Older
I hate winter
Newer
The Unknown King of the Net 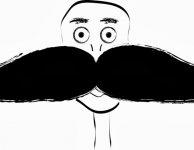 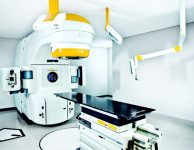 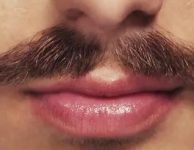