Car Accident of the Month Here’s this month’s Car Accident which actually happened in September but I thought I’d save it for October as it was only a day or two after the first one.

The bonehead on the motorbike shot by us doing twice the speed limit on Murray Street as we were on our way home from work, leaving us in his exhaust as he rounded the turn on to Ioco Road in Port Moody. A minute or two later we rounded the same corner and came across the scene shown in the photos below. It appears Speed Racer was travelling so fast that he couldn’t stop when the driver ahead applied their brakes and stopped at a pedestrian crosswalk. How dare they!
Speed Racer collided, was launched off his crotch-rocket into the back window of the motor vehicle, smashing the glass into small pieces with his large, empty, helmeted head. I took the pictures below just seconds after impact. 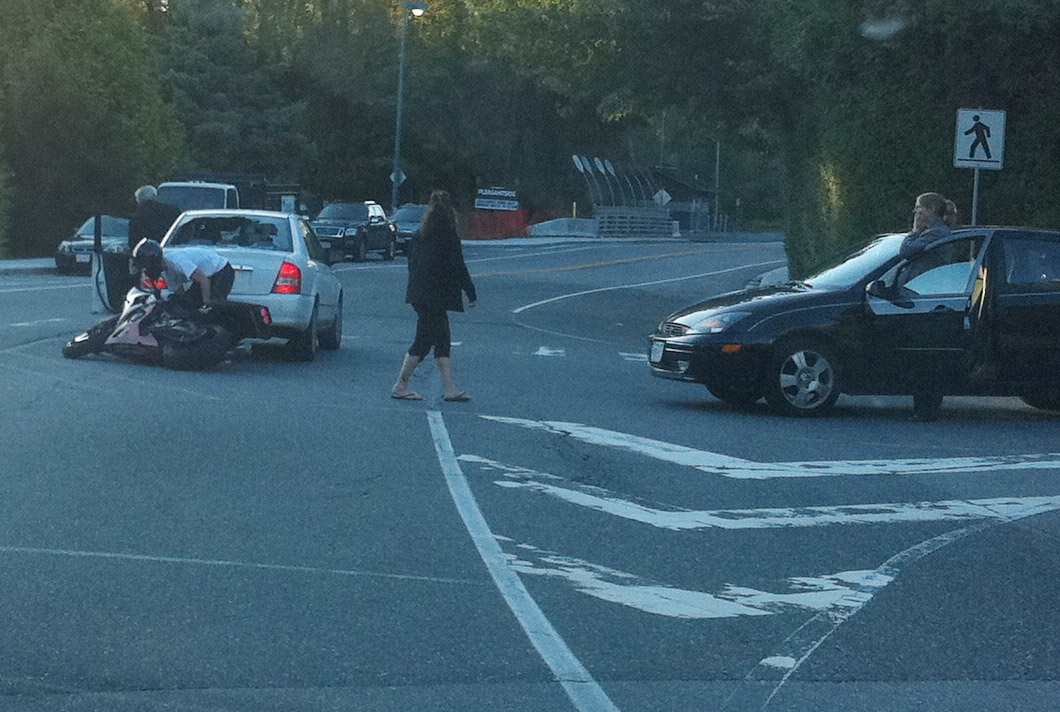 Note the rear windows of the car and shocked expression of the driver on the right. It's not often one witnesses such overt stupidity.

Older
A Great Loss
Newer
The Dangers of Voting