For those that may have missed it, the City Of Port Moody had a hilarious April Fool’s Day joke on the city web site. The page titled Port Moody Explores Money-Making Projects for the City gave residents a chance to vote on two proposals. To quote the web site: “Your chance to vote for the best money-making project for the city. Port Moody is struggling to decide between the top two money-making ventures on its list. Council went through a highly creative process to identify ways to generate new revenues and keep the lid on taxes. Two equally promising projects emerged from the city’s thorough review process.”
The choices were:
Proposal #1 – Federal Prison – Ioco Lands: To take advantage of the Federal Government’s desire to invest in “shovel-ready” projects, Council is proposing to enter into a partnership for the Ioco lands to be turned into a “hard time” federal prison. In this well thought-through scheme, the first batch of inmates would be bunked in the old Ioco School. They would then be forced to actually build the facility themselves. Consistent with the true meaning of the expression “shovel-ready” the inmates would start digging out the foundation, by hand, within days of the formal signing of the agreement by Mayor Trasolini and the Prime Minister.
Proposal #2 – Conversion of City Hall Brovold Room to Nightclub: Always looking to maximize the use of their facilities, the city’s decision-makers realized that City Hall sat empty at night. Port Moody’s civic complex is buzzing with activity all day. Patrons enjoy the ice arena and the fitness centre as early as 6:00 am. The Library bustles with activity all day. City Hall’s meeting rooms are occupied until late evening. But around 11:00 pm, the place is dead quiet. That’s when the idea of a Night Club at the centre of it all emerged. Doubts about the public’s reaction to the scheme were quickly dispelled after the Chair of the Heritage Commission decided the Night Club should have a railway theme. “Port Moody residents will love the idea of drinking to celebrate their history.” said Mayor Trasolini.
It’s great to see our city employees have a sense of humour. 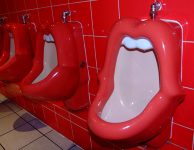 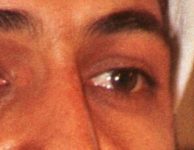